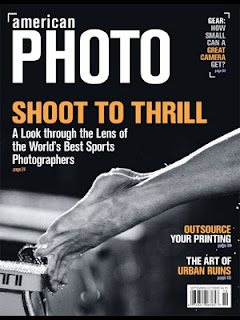 Scott Serfas is one hardworking mofo and we're grateful to have him onboard as one of A-Frame's top snowboard photographers. His work is outstanding and he manages to get his talent to continually push the performance level. Case in point: "We were in the Whistler backcountry, it was late in the day, and my crew was still motivated to get shots. This was Mikkel's first time hitting the jump. He was trying a backside 180 and misjudged his speed and went way too big. He opened up like this to keep his balance. On the next try he got the trick but it just doesn't look as cool as this one."

No wonder Scott is one of the most sought after snow shooters in the world. His eye for the subtle nuances makes for some very moving photographs.

The image below was featured in a special Sports Photography piece in American Photo this month alongside some amazing images from the world of sports. Nice work Mr. Serfas. 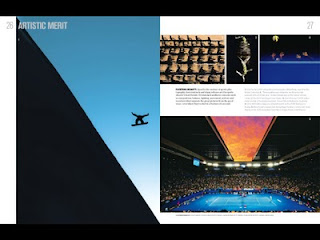 Posted by A-Frame Photography at 3:44 PM