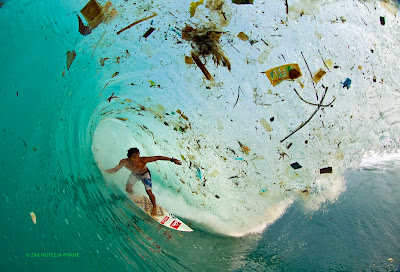 Zak Noyle's image of Dede Suryana has sent a shockwave around the globe. He knew it was going to be a powerful image when he captured it, but the response has been something Noyle never imagined. The surf world was quick to jump on it as it made its way onto several covers internationally and of course its appearance in Surfer Magazine (Zak's employer) who broke the story upon his return from that eye opening trip to Java.

Zak is quick to point out that this "isn't just an Indonesian problem. It's all of us and wherever you are in the world you need to help spread awareness about the importance of keeping our oceans free of debris."

Noyle hopes "that this image will help inspire people to take responsibility for their local areas and stop the increasing amount of garbage that makes its way into the oceans we all love and respect."
http://www.grindtv.com/action-sports/surf/post/surfing-paradise-has-a-serious-trash-problem/
http://now.msn.com/zak-noyles-indonesian-surf-photos-show-trash-problem-in-the-waves 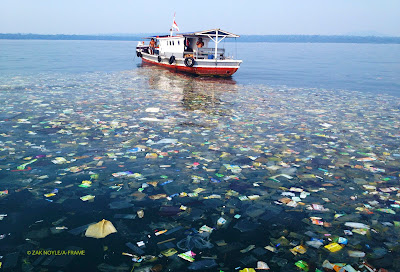 Posted by A-Frame Photography at 11:11 AM